Before we get into the written review of Mad Apple, please feel free to check out our video review, which contains some show and pre-show footage, directly below. Also, we would appreciate it if you would subscribe to the Vegas Showbiz YouTube channel!

An Overview of Mad Apple

Mad Apple, the latest Cirque du Soleil offering to land on the Las Vegas strip, is a tribute to New York City’s culture. Although I don’t consider myself a die-hard Cirque du Soleil fan, I’ve been to at least a half-dozen of their shows, so I had a lot to compare it to. The show is divided into various acts, each of which pays tribute to a specific component of New York’s history, including sports, comedy, nightlife, variety acts, music, and dance.

The first thing worth mentioning about Mad Apple is that it has a very different feel from other Cirque du Soleil shows. In any Cirque show, you’ll see incredible acts of strength, athleticism, and acrobatics, but what separates Mad Apple from the rest is how it dives head-first into the culture of NY city. It was quickly apparent to me that they were taking a step back in the showy acrobatics parts to focus more on the energy and vibe of NY city.

A big part of why Mad Apple feels like such an immersive experience, rather than just a show you’re watching, stems from your engagement with the performers before the show begins. There are two bars open before the show, one of which is attached to the front of the main stage. The stage sticks far out into the audience seating area, and therefore these bartenders become performers for this portion of the evening. If you’ve ever seen the movie Cocktail, you’ll know what I mean.

Soon other performers were getting involved in the pre-show activities, and since the actual show hadn’t yet begun, we were allowed to get up close to them. Watching (and filming) the show’s MC swinging a pint of bear balanced on a wooden triangle from a pool table attached to a rope was surprisingly thrilling. The handoff to another seemingly incognito performer, who chugged the entire beer while simultaneously doing the full splits, was an impressive and memorable way to wrap up the pre-show activities.

Based on how big the New York standup comedy scene of the 1970s and 1980s was, the creators of Mad Apple decided to pay heavy reverence in this show by bringing out two separate comedians at different points of the night. The first comedian we saw was Brad Williams. I was familiar with him from Jackass but had seen him do standup before this.

Brad’s set was hilarious and pretty raunchy, as you might expect, based on his background. I really enjoyed how he weaved his real-life experiences regarding all the questions he gets about being married to a non-dwarf Asian woman into his comedy set. He killed it, so I assumed there would be no more comedy acts in the show. As it turned out, I was totally wrong.

A couple of acts later, another comedian named Harrison Greenbaum came out and did a set of his own. I was really surprised to see a second standup comedy act; I had never heard of Harrison, but he started killing it quickly. He probably got the biggest laughs of the night and also did something I’ve been seeing in various Las Vegas magic shows recently.

Harrison Greenbaum’s magic trick involved a lot of crowd interaction, where people in the audience are yelling out answers to questions he’s asking. He would say something like “Name a celebrity” and then accept an answer from the crowd. Obviously, it’s possible that employees of the show could be planted in the audience and yelling out specific answers, but I don’t think this is how they’re accomplishing the trick. Regardless, at the end of his set, he opens a manila envelope that had been in someone’s care the entire time, and in there is the written name and photo of the celebrity called out by the audience, plus other things related to responses from the audience.

Overall, the comedy portion was a real standout for the night. Brad Williams and Harrison Greenbaum killed it, and Harrison’s magic trick was memorable in the end. I don’t know if these two comedians will be with the show long-term, but I’m glad we got to see them when we did.

Another significant aspect of Mad Apple is the musical and dance tribute to New York’s history. Whether you’re thinking about the Donna Summers disco era, the birth of hip hop, or something more classic like Billy Joel’s “New York State of Mind,” it’s all there and performed beautifully. So much of New York’s history’s musical and dance culture has become ubiquitous in U.S. culture that you don’t need to be a New Yorker to appreciate it.

I’ve spent my entire life living in the West coast Pacific timezone, but I still feel the vibe and attitude of everything they’re doing. For example, I’m more of a fan of West coast hip-hop than East coast, but it didn’t matter. The vibe of the music and dance was contagious, and it felt like you were right there on a New York City street corner watching this go down.

I thought they did a great job of switching up the music and dance styles without getting away from the common denominator, New York. It’s easy to forget how much of the music, especially, is directly connected to New York, and having it all performed for you live and up close was amazing.

Another interesting and entertaining part of the musical and comedy entertainment was the performance by British freestyle rapper and comedian Chris Turner. Chris has an incredible ability to call out to the audience for random names and phrases, then spin the whole thing into an intricate freestyle rap. People were throwing out phrases like “chubby mermaids,” “human sacrifice,” and names like “Don Cheadle.”

He said he normally collects five phrases/names from the audience, but for this performance, which was a preview showing of Mad Apple a couple of days before opening night, he was going to stretch himself and do seven. I couldn’t believe not just how clearly you could hear him pronouncing each of these names and phrases but how he was able to weave them all into a story made up on the spot and do it all to a beat! I was incredibly impressed by his talent and would love to see him perform again.

A big part of NY culture is based on the city’s love for sports. Whether you’re talking about the street basketball scene or baseball classics like the New York Yankees, it’s all covered in Mad Apple.

I really enjoyed their tribute to the history of NY street basketball, including places like Rucker Park. They brought out basketball hoops and trampolines; performers started doing the most amazing acrobatic dunks you’ve ever seen. The kind of air they were getting off these trampolines was incredible. There was so much mid-air twisting and turning going on; I felt like I was watching a diving competition in the Summer Olympics! It’s all happening to music too, which makes the whole thing that much more fun and immersive.

As you would expect from a Cirque du Soleil show, Mad Apple contains a number of circus-style performers. I’m calling these “variety acts” because there are so many different things being performed that I don’t know how else to categorize them. Various jugglers and acrobats were performing throughout the show, but my favorite variety act performers of the night were the two men doing what I’m going to call “human juggling” and the man on the “wheel of death.”

My wife Jessica was particularly impressed with these “human jugglers.” The combination of strength and balance it must take to do a performance like this is incredible. We were really entertained by these two, but my personal favorite of the night was the man on the wheel of death.

Even if you’ve seen something like this on television, I have to say it’s more impressive and scary in person. The crane arm sticks pretty far out and rotates in a giant circle, while the basket that the performer is standing on spins like a mouse wheel. The result is pretty scary as you watch this guy having to speed up and slow down to stay on the perfect part of the wheel, depending on where it is in the greater rotation of the crane arm.

We were totally on the edge of our seats watching this, then our jaws dropped when he started jumping (and jumping rope) when the rotation would come back around to the top. I honestly wasn’t sure if he was going to be successful. It didn’t have the feel of him having this on auto-pilot. It was much more raw and dangerous feeling, in my opinion. There were times when I thought the performer wasn’t going to live to see opening night, but in the end, he pulled it off.

As previously mentioned, my wife and I have been to many Cirque du Soleil shows, and not only in Las Vegas, either. We enjoy their performances, but this one had an energy or a vibe that we’ve never felt in any other Cirque show. It should be said that this is not a family-friendly Cirque show; there’s no nudity but plenty of language from the comedians. If you’re looking for a family-friendly Las Vegas show, this wouldn’t be the right choice, but otherwise, this show is amazing!

The combination of all the different variety acts, along with the immersive pre-show experience, made this our all-time favorite Cirque show. I can’t help but wonder if some of the inspiration behind this show came from other popular Vegas shows like Absinthe and Opium. They seem to have a similar vibe, although I haven’t seen those two shows yet, so the jury is still out.

Whether you’re a Cirque fan or not, if you’re looking for a fun new show in Las Vegas, Mad Apple would have to be our top recommendation! We hope you enjoyed the review, and comments are welcome. 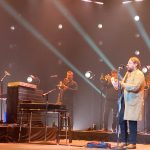 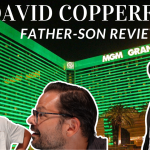 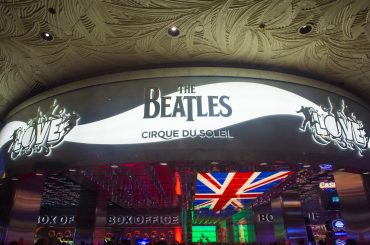 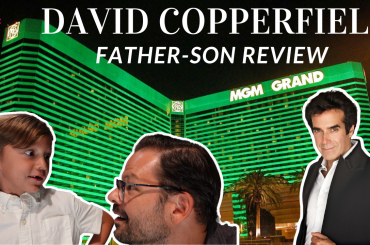 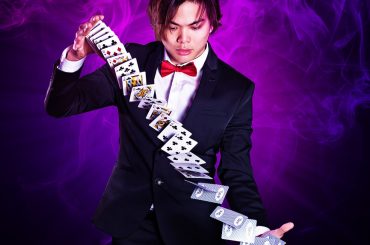 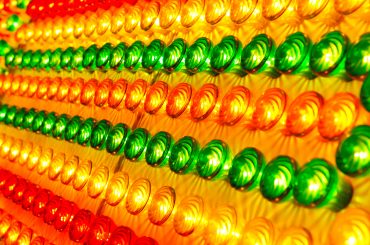 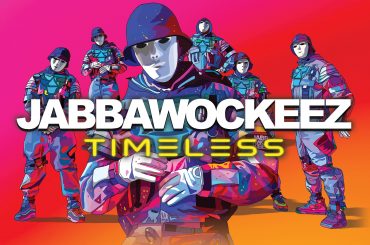 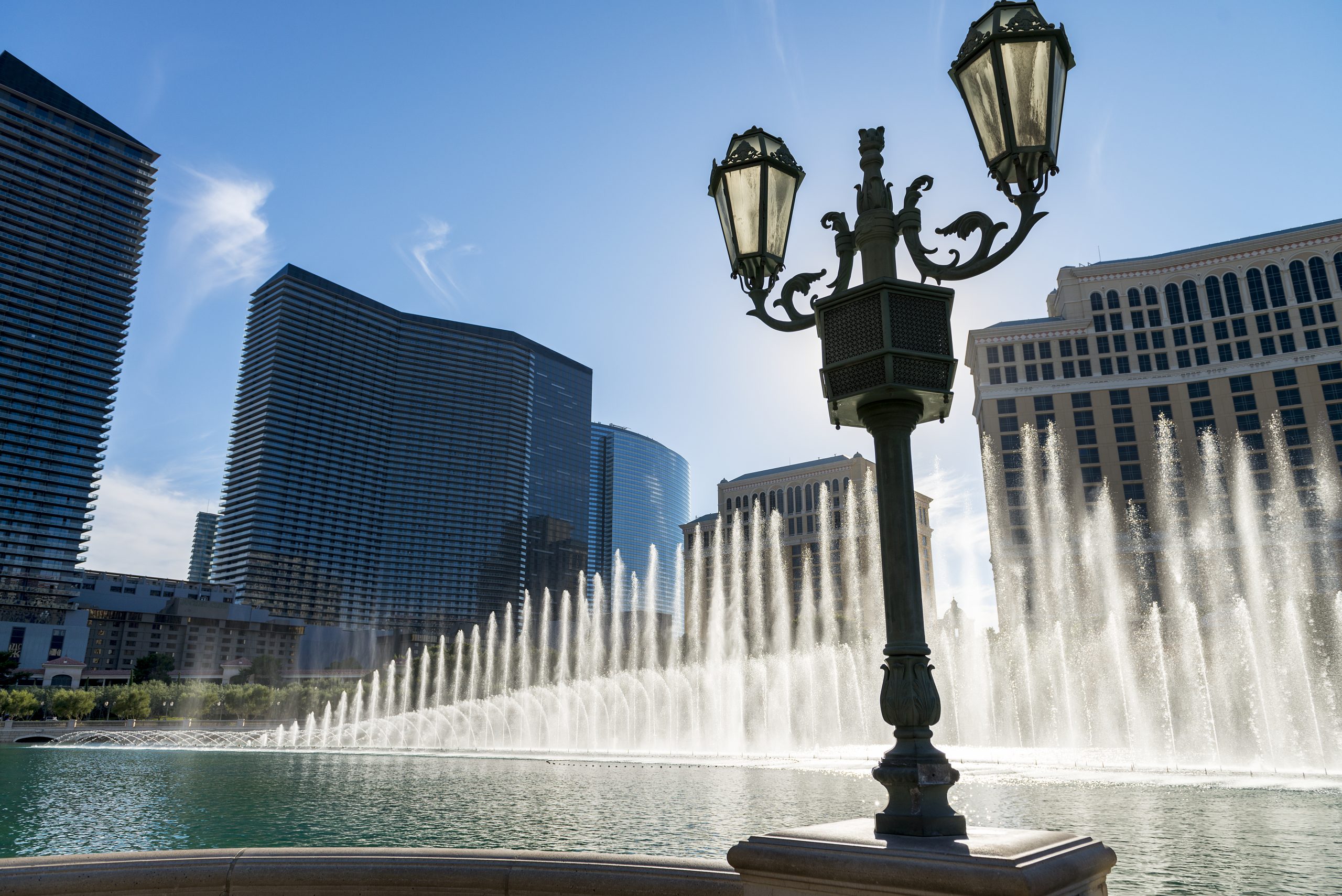